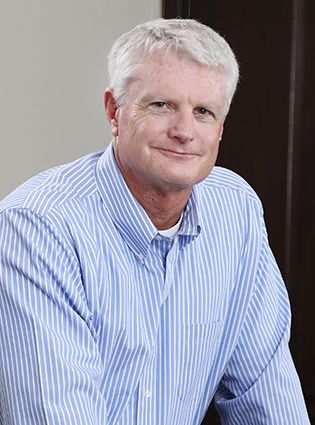 Jim handles a wide range of plaintiffs’ personal injury cases. He focuses his practice on product defects, medical negligence, and trucking accidents.  Jim is actively involved in hernia mesh litigation; the Atrium C-Qur mesh products (he is State Liaison Counsel in New Hampshire) and mesh products made by C.R. Bard, Inc. (he is co-lead counsel in Rhode Island).

Jim is from Cordele, Georgia, where he attended Crisp County High School before going on to attend Georgia Southern University on a baseball scholarship. After being drafted by the Atlanta Braves, Jim played professionally in the minor leagues for a short while before ultimately following a path towards his legal career. He graduated from the University of Georgia School of Law in 1983.

With more than 37 years of legal experience, Jim has earned a reputation as a seasoned and successful trial lawyer. In the early years of his career he defended hundreds of personal injury cases. He defended hospitals and physicians, trucking companies, and manufacturers of a wide range of products, including tobacco and asbestos products. He also worked on behalf of companies in business litigation matters. Jim eventually decided to switch sides and, in 1990, he began practicing on behalf of plaintiffs. At Blasingame, Burch, Garrard & Ashley, P.C., he now handles a wide variety of personal injury and wrongful death cases brought by injured victims and their families, as well as plaintiff business litigation. Most of Jim’s clients are referred to him by other attorneys and former clients he has helped in the past.

Some of Jim’s notable cases include:

Jim’s outstanding work has earned him honors from numerous national organizations and publications across the country. He is an invited Fellow of the American College of Trial Lawyers, an organization that limits its membership to no more than the top 1% of trial attorneys from each state. Jim is also a Fellow of the American Bar Foundation. He has been voted to Best Lawyers in America® for the past 22 consecutive years and Georgia Trend Magazine designated him a Legal Elite. Jim has received the highest possible peer review rating, an AV® Rating by Martindale-Hubbell®.

Jim has also worked for the St. Louis Cardinals as a professional baseball scout. Prior to this, he was an amateur coach, during which time he received the American Baseball Coaches Association’s Honor Award for contributions to amateur baseball.

Jim and his wife, Lynn, have been married since 1983. They have three children and two grandchildren. In his free time, Jim enjoys all types of outdoor activities, especially fishing, hiking, and golfing. He is also a trustee of the Georgia Southern University Foundation.